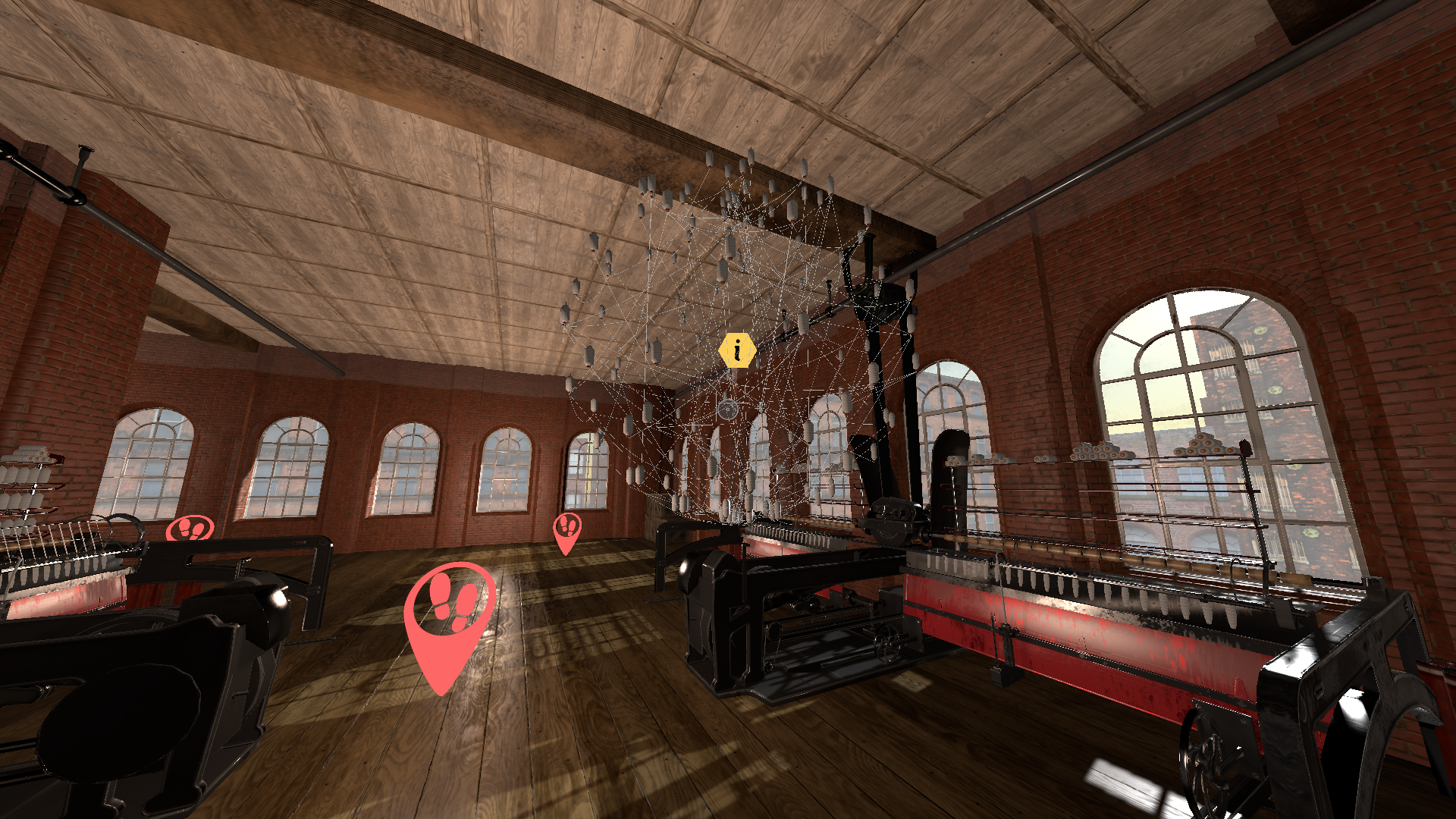 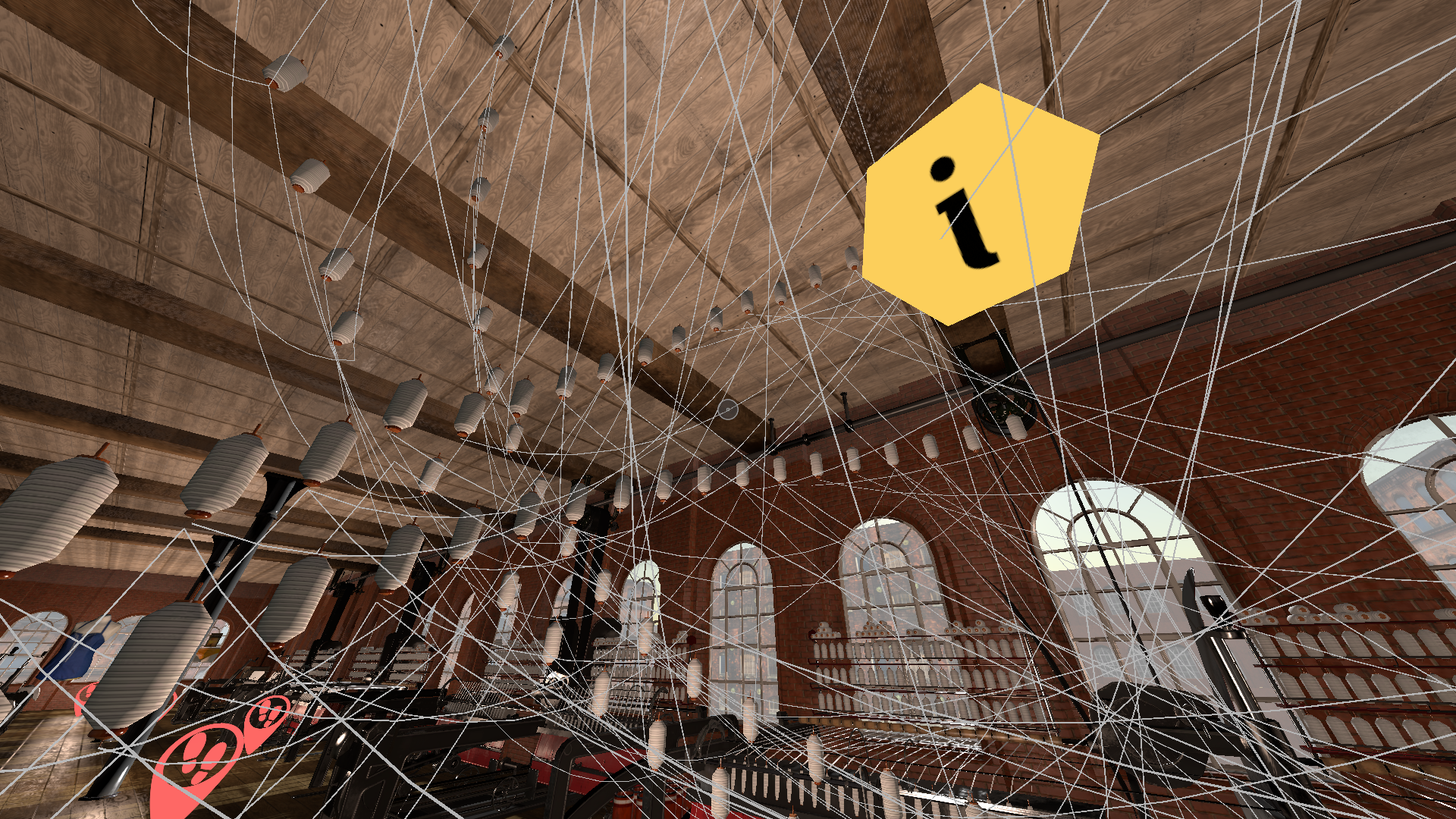 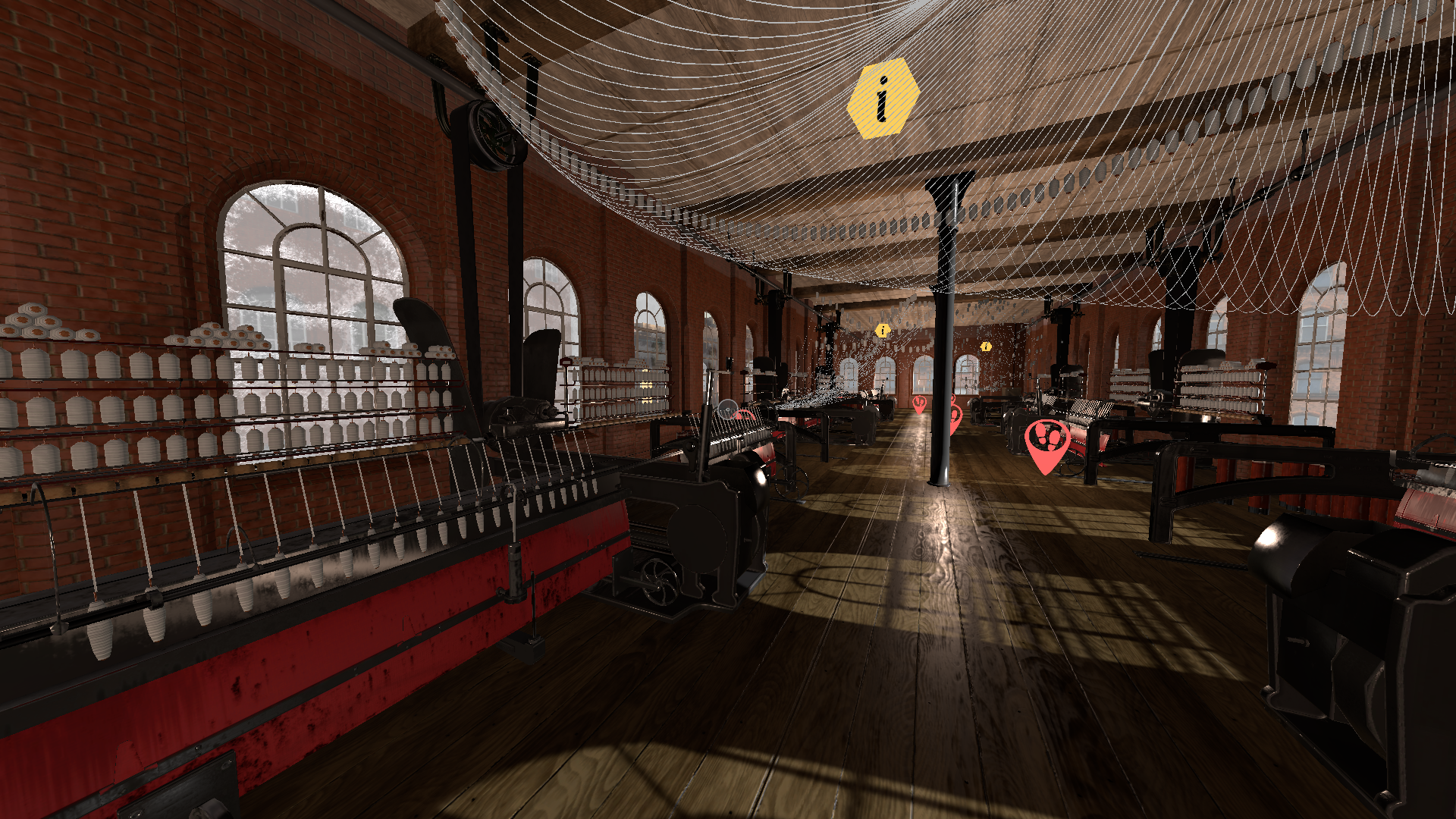 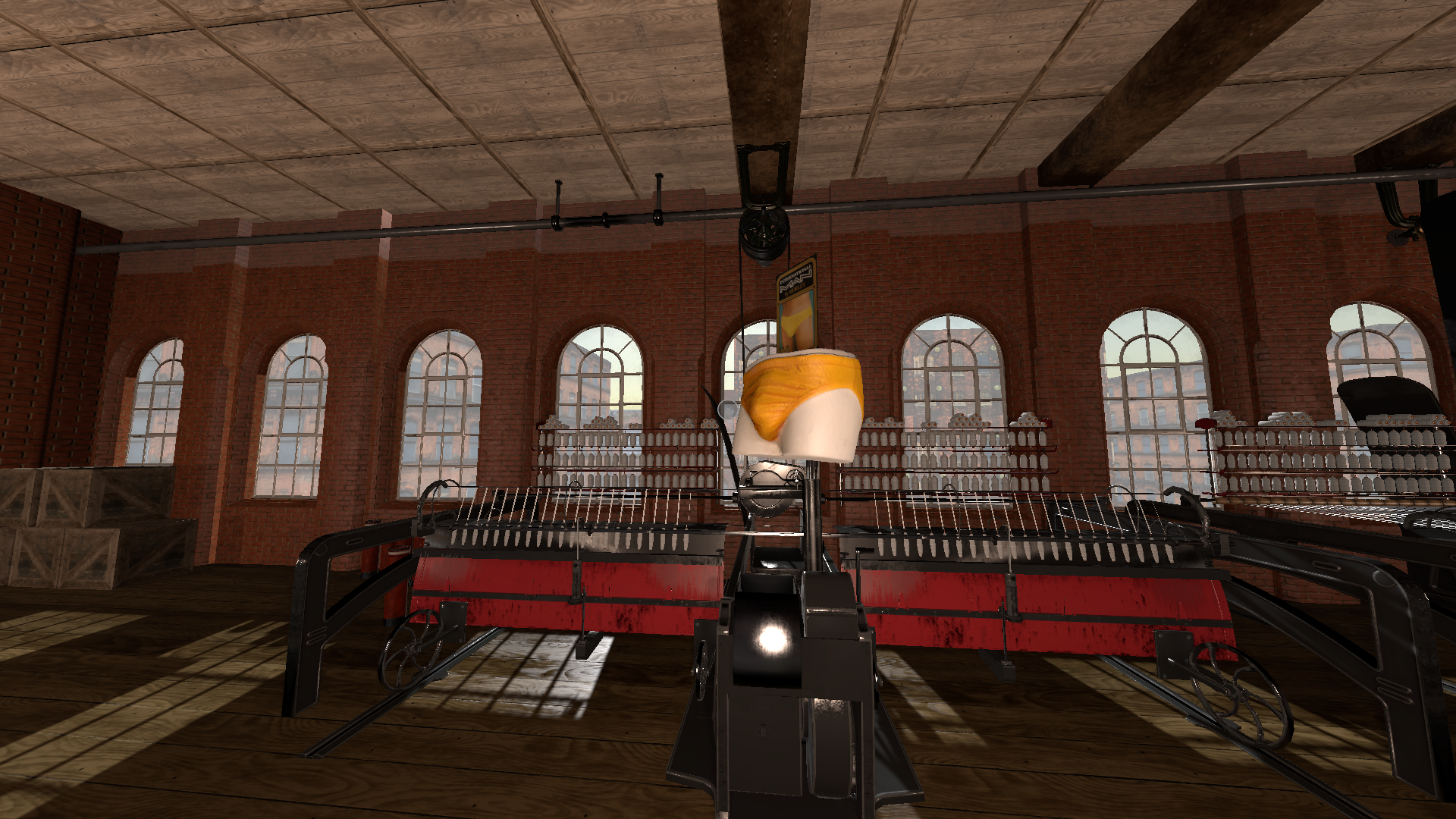 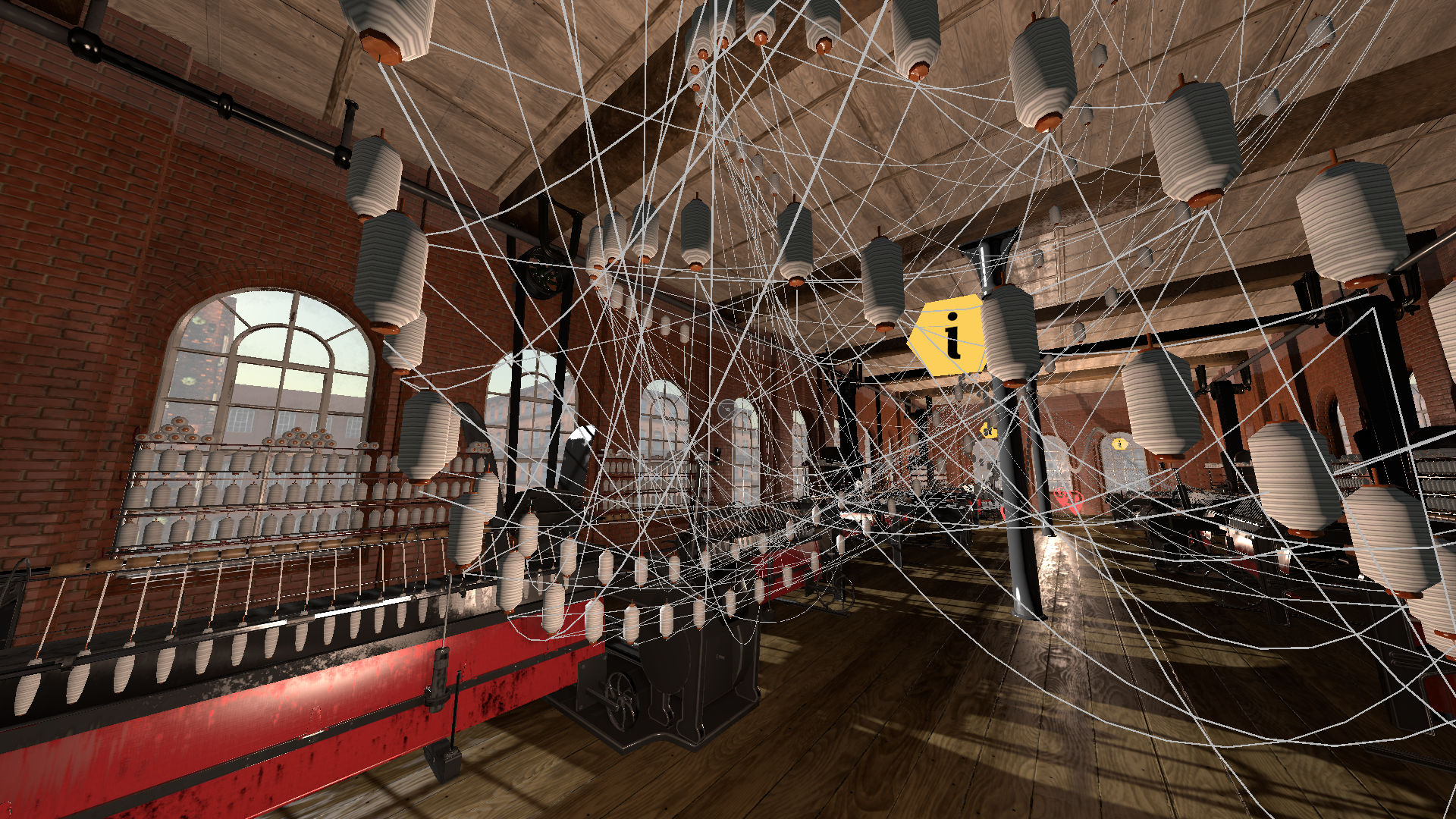 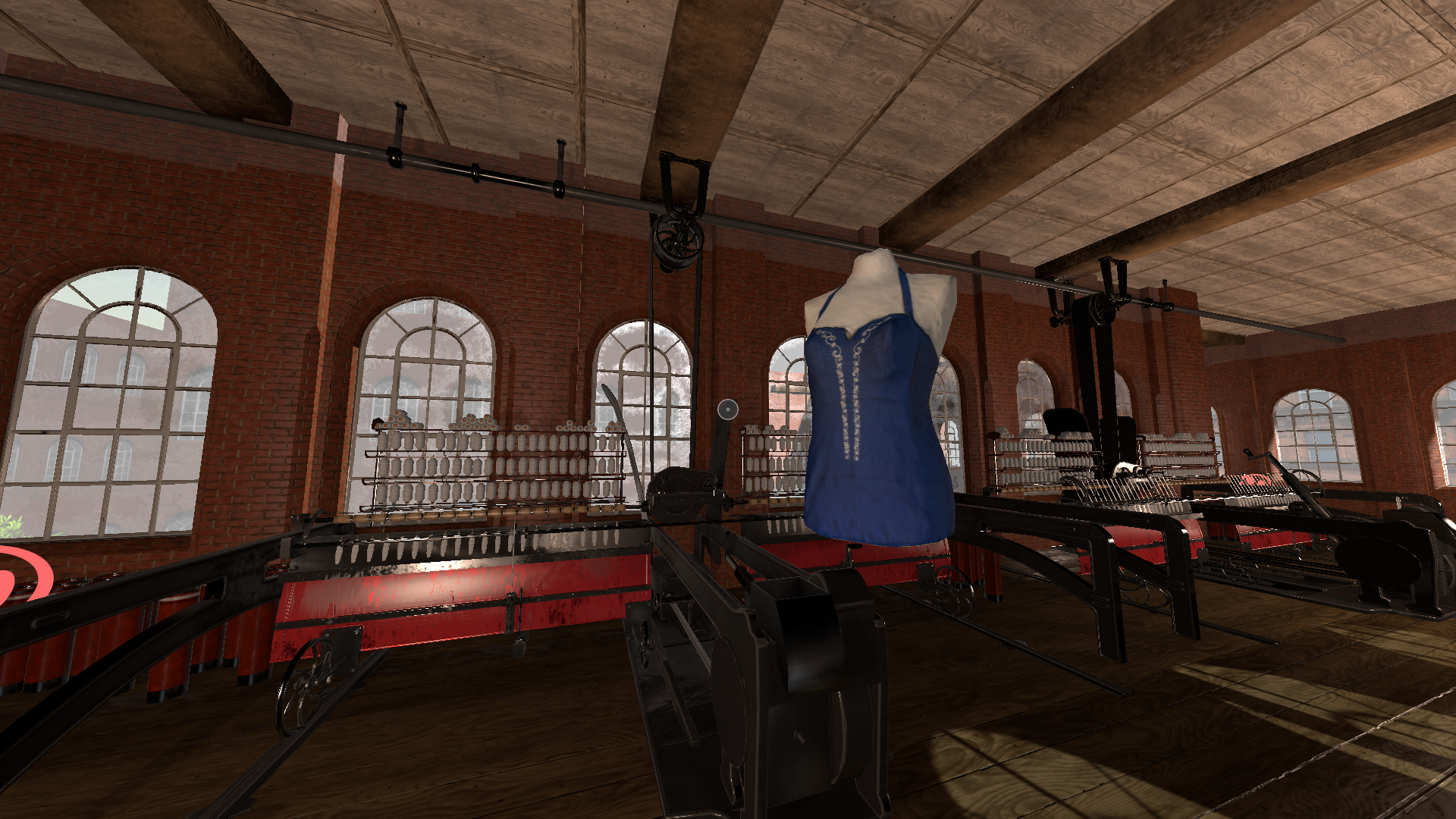 We were lucky enough to work with the Backlit Gallery to produce a Virtual Reality experience for their Morley Threads project.

As there is very little accurate information about the factory we gathered source images & video of similar cotton machines and factories still in existence. Using these and the existing floor plan we were able to reproduce the layout of the factory.

We produced three dimensional models of the factory floor and machines that were used within the factory.

The experience had to cater for a wide audience range, both the historical viewer and the more artistic inclined user, somebody more used to the gallery experience and therefore expecting an art installation. So interactivity was introduced by including floating spinning bobbins, that formed mathematically generated shapes in the air, adding a touch of the surreal.

The experience was delivered via the Occulus Rift which has no in-built navigation so we devised a look & move system which had to work across all spectrum’s of user experience.

The App can now be downloaded from the Google Play Store to try on your Android device here.